In the management technology of sodium-sulfur batteries, the detection of the cell voltage is an indispensable part, which has a very important impact on the safe and stable operation of the entire battery module. According to the detected cell voltage, balance management and alarm analysis are performed. The single-cell voltage alarm usually adopts two-stage gradient: alarm and blocking (or called cut-off), which generally includes: single-voltage over-voltage alarm, single-voltage over-voltage lockout , single undervoltage alarm, single undervoltage lockout, single voltage negative rate of change alarm, single voltage negative rate of change blocking, and some will increase the monomer voltage imbalance alarm and blocking. Sodium-sulfur battery modules usually contain many single-cell batteries. For example, a 5 kW battery module contains 48 single-cell batteries. Because of the large number of monomers, it is important to find a practical detection scheme.

There are many methods for detecting the single-cell voltage. Commonly used measurement methods include common mode measurement and switch switching. The common mode measurement method is that the voltage of each measurement point is attenuated by a precision resistor in proportion to the same reference point, and then the voltages of the respective cells are sequentially subtracted. The circuit of the method is relatively simple, and the disadvantage is that there is a cumulative error, thereby reducing the measurement accuracy. . The switch switching method is adopted in the reference, but each module is equipped with two switches, which increases the cost, volume and power consumption of the system. Based on this, an improved scheme is implemented. For the detection of the cell voltage, this solution can effectively reduce the number of switches and the volume of the entire detection system. 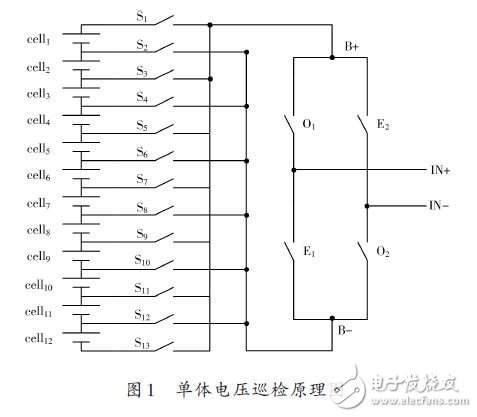 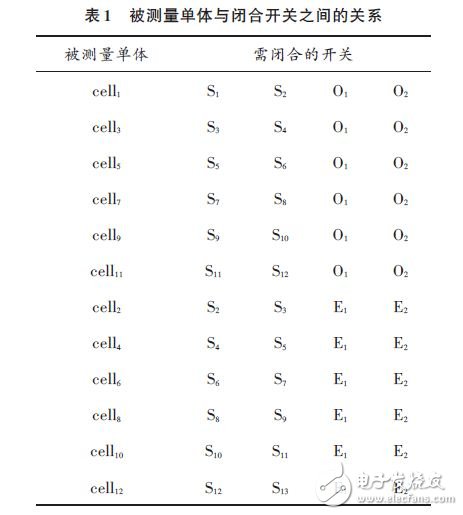 In terms of device selection, the TMS320F28335 is used as the main controller of the battery module management unit (BMU), and the field programmable gate array (FPGA) EP2C8Q208C8N is used as the auxiliary control of the BMU in accordance with the principle of meeting the system requirements and having a certain amount of upgrade margin. In this way, the TMS320F28335's off-the-shelf interface, such as SPI interface, CAN interface, etc., can be utilized, and a large number of discrete logic devices can be avoided, so that the circuit is small in size and low in power consumption.

The switch in Figure 1 uses the Panasonic PhotoMOS type optocoupler relay AQW214EH. The five GPIO ports of the TMS320F28335 are used to control the EP2C8Q208C8N output 17-channel control signals, respectively controlling the 17 switches in Figure 1.

One AQW214EH can be used as two switches. Figure 2 shows the specific implementation of switches S1 and S2. The implementation principles of the other switches are exactly the same. In Figure 2, cell1+ indicates that it is connected to the positive terminal of cell1 in Figure 1, and cell2+ indicates that it is connected to cell2 in Figure 1. The positive poles, S1 and S2 are respectively connected to the corresponding IO ports of the FPGA. When the IO port of the FPGA outputs a low level, the corresponding switch is closed, and vice versa, the switch is turned off. 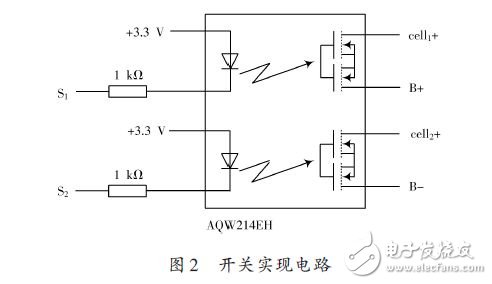 Our well-equipped facilities and excellent quality control throughout all stages of production enable us to guarantee total customer satisfaction. Besides, we have received CE, CB, RoHS and CCC certifications.

As a result of our high quality products and outstanding customer service, we have gained a global sales network reaching America, Asia, Europe, Africa, the Middle East and other countries and regions.

If you are interested in any of our products or would like to discuss a custom order, please feel free to contact us. We are looking forward to forming successful business relationships with new clients around the world in the near future.