Tencent Gin (Gin) People are always worried that robots will completely replace humans on a certain day, but in fact, many jobs have been occupied by robots. Compared with humans, robots are easier to control, more efficient, and lower cost, and are more suitable for some repetitive low-end jobs. Of course, with the development of AI artificial intelligence, robots are also invading high-end jobs, and may even become CEOs in the future. . However, what we are going to talk about today is robot chefs. Let's take a look at the robots who are struggling in this position all over the world. 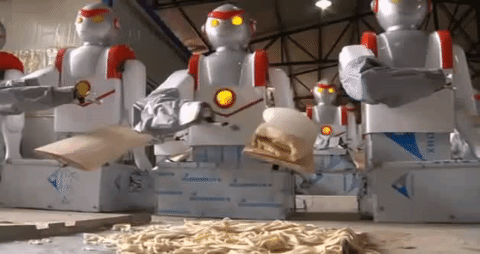 Foxbox is a robot developed by the Foxconn Group. It can cut noodles at a fast pace and is very uniform in size and efficiency much higher than humans. Currently, 3 Foxbox are serving in an open-plan kitchen restaurant in Shanxi, which is a landscape. 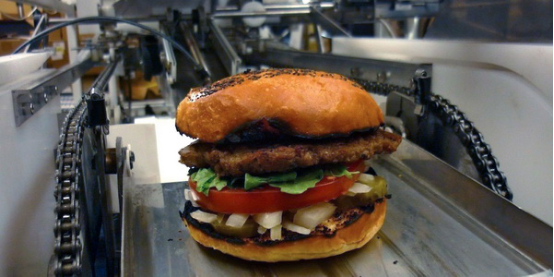 Momentum Machines, a San Francisco-based technology company, has developed a robotic hamburger chef, which is equivalent to a complete hamburger production line. It can complete complete processes such as slicing, roasting, and pressing, and can produce 400 hamburgers per hour. amazing. It is reported that it will appear in an upcoming new restaurant in San Francisco. 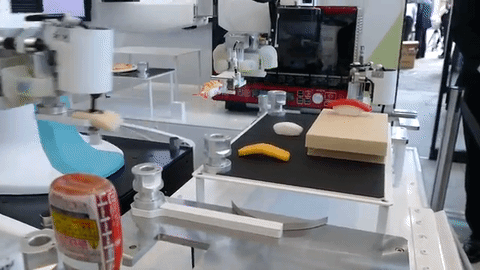 Japanese robot company Kawasaki has developed a sushi robot that can cook a sushi in tens of seconds. The robot is mainly composed of two robot arms, which can complete complex operations such as holding rice balls and squeezing mustard to make delicious sushi. 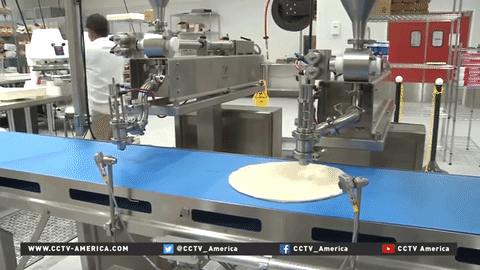 In San Francisco, a restaurant of pizza, Zume, cooperated with ABB, a Swiss robot manufacturer, to design a pizza robot. The whole system is like a complete pizza production line. Although it is still necessary to manually place the cakes and side dishes, it can be used to spread sauces and bake. Baking and other processes greatly reduce the need for labor. 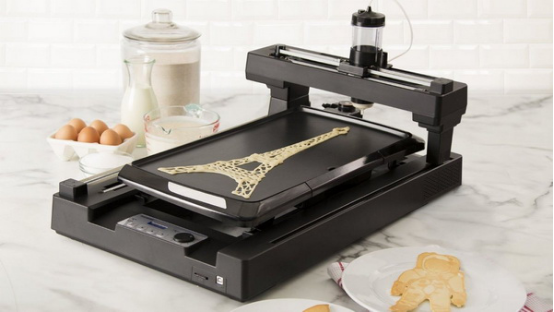 Pancake Bot is a 3D printer. Simply add a batter to the raw material box and select a design from your PC or smartphone to print pancakes of various shapes. It's cool. This product was launched on a crowdfunding platform and has now been successfully listed at a price of $300 (approximately RMB 2003).

Moley Robotics: Will Do More Than 2000 Courses 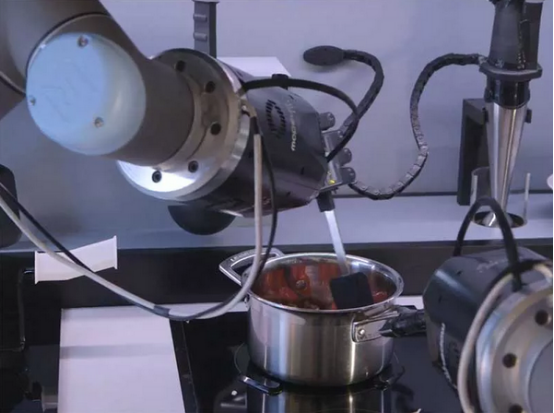 Originally at the 2015 trade fair in Germany, Moley Robotics can be said to be a true chef robot because it has more than 2,000 dishes in its database, including rice, sushi, crab soup, orange sauce chicken, etc. Food is very powerful. The robot consists of a 3D camera, two arms and 129 sensors, and of course a central processing unit, which can adjust the heat, stir, and select ingredients on its own, and a more powerful upgrade version will be released in 2017. 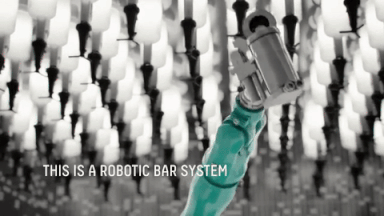 Makr Shakr is a wine-drinking robot that allows users to download mobile apps and choose a cocktail. It is perfectly executed, with very precise modulation and absolute first-class taste. In addition, users can also apply homemade cocktails, and Makr Shakr can perform perfectly.

Recommended: Focus on Tencent Digital WeChat official number (ID: qqdigi), take you through all kinds of cool new products, cutting-edge information, one-handed evaluation, video games, interesting live broadcast, as well as a variety of novel play methods. Is iPhone 7 worth buying? How to shoot VR with a cell phone? Can a drone cut a finger? Why are cat owners poor and poor? The answer is here. 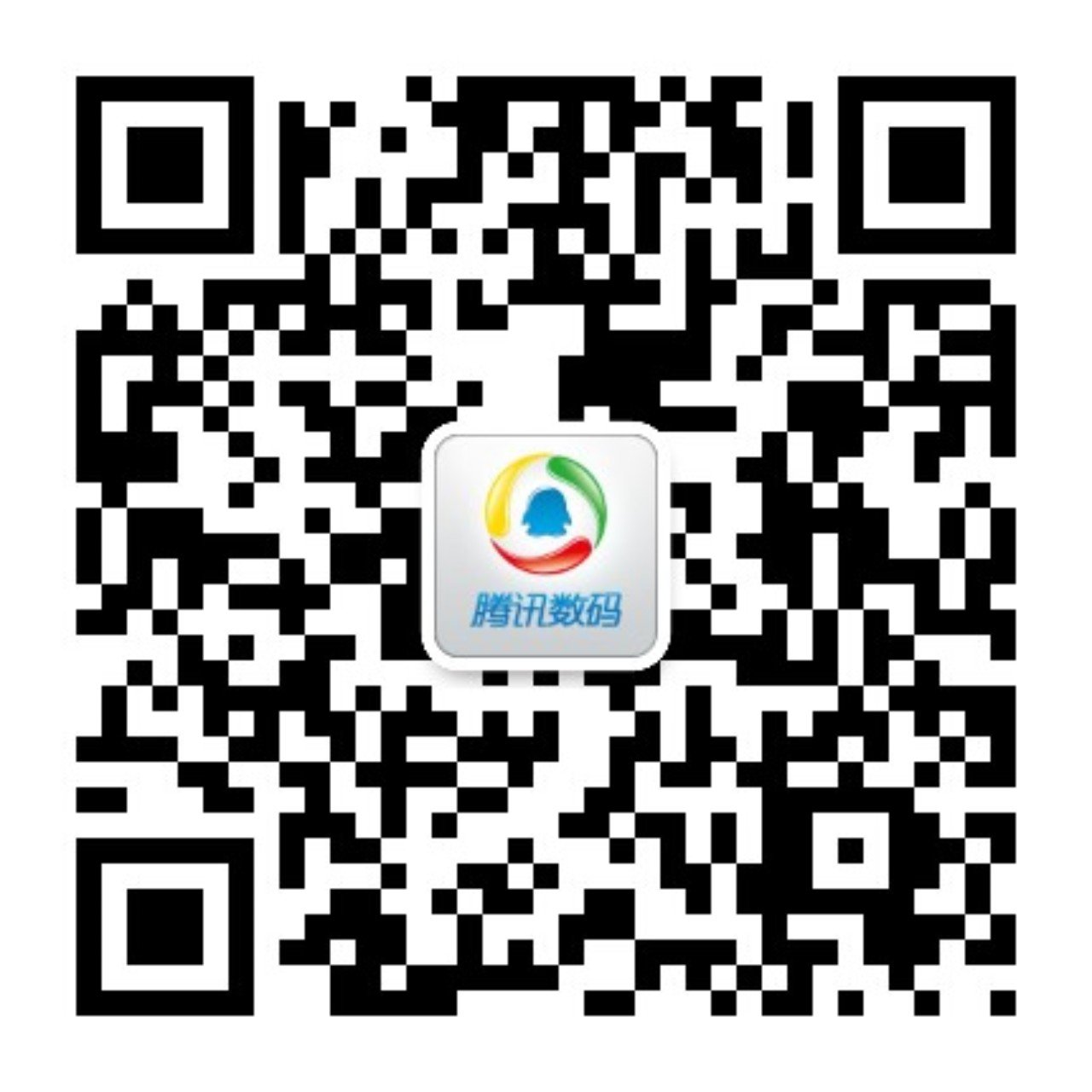 Cable sleeving is one of the best looking and most diverse wire management solutions available. Whether you're looking for wire loom, conduit, braided sleeving or spiral wrap, we've got the sleeving solution for your application.

Wire loom and conduit offer full-coverage protection for cables and wires, protecting from abrasion, moisture and the elements.

The unique properties of PET Expandable Braided Sleeving enable quick and easy installation over irregularly shaped areas, including large connectors. PET expandable sleeving is readily used for cable management in the automotive, computer, industrial, scuba, electronics, A/V industries, and the military. This sleeving also works great around the home and office, for PC cable management or TV cables in your home theater.