According to foreign media reports on the 16th, devices such as smartphones and tablets usually use LED lighting, and the blue light they emit may inhibit the production of melatonin that helps people fall asleep. The effect of orange light may be more the opposite of blue light: the subject said that after wearing orange glasses every night during the week, it became "obviously more sleepy." The Journal of Adolescent Health has previously published a study from Switzerland. The boys who participated in the experiment were monitored in the lab. Like ordinary teenagers, they averaged a few hours of electronic screens before going to bed every night.

The blue part of the spectrum in LED illumination suppresses the production of melatonin, which is a hormone that helps people fall asleep.

In addition, research indicates that older people may not be affected by blue light. But for most people, Blu-ray is still a hassle. A previous study involving 20 adults aged 18 to 68 found that the quality of sleep in amber glasses for three hours before bedtime was significantly better than that of a control group with yellow UV-blocking lenses.

Devices such as smartphones and tablets typically use light-emitting diodes, or LED lighting, that emit more blue light than incandescent products. Debra Skene, a professor of neuroendocrinology at the University of Southampton in the United Kingdom, points out that televisions with LED backlights are another source of blue light, but their viewing distances are generally far smaller than small screens such as mobile phones. More, the impact on the human body should be relatively small.

The study also pointed out that LEDs are becoming more and more popular in indoor lighting, but if used alone at night, the "warm white" bulbs with less blue light are actually a better choice than the "cold white" light source.

But orange glasses are not omnipotent, Dr. Skien said. "Blocking Blu-ray doesn't solve all the problems." In addition to color, the intensity of light can also affect sleep, she said, and not all brands of orange glasses have received enough independent testing to prove that they really have the ability to assist sleep.

Experts say that during the day, blue light exposure is still very good. The best source of light is sunlight, which contains many different wavelengths of light.

Experts suggest that if you can't completely avoid using electronic products at night, it's best to use a small screen instead of a large one; reduce the brightness of the screen and keep it as far as possible from the eyes; reduce the time it takes to read information from electronic devices.

"If you can reduce the time to watch the iPhone from three hours to 10 minutes, it can make a big difference," Dr. Skien said.

Food Processor 15 In 1 is the most mult-function Food Processors among our products. They have 15 kinds functions. Please check the details as follows.

Description for Food Processor 15 In 1 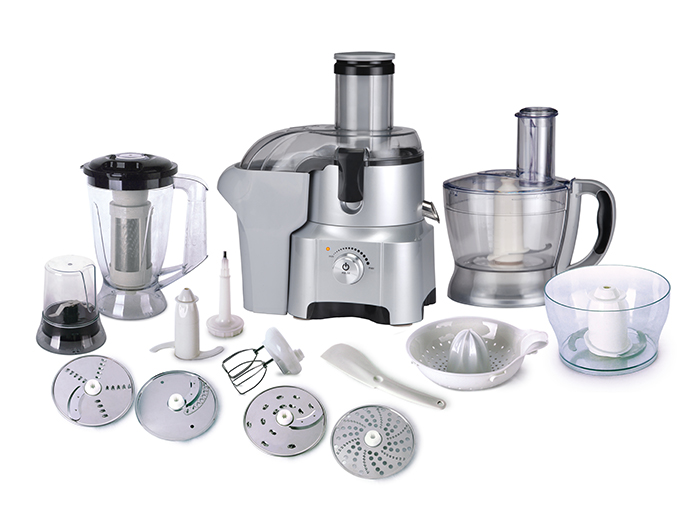