Most of the deep learning software that drives the modern artificial intelligence revolution runs on standard computer hardware. However, IBM has taken a more unusual approach: they are testing the human brain chip TrueNorth, hoping to use it as a hardware platform for deep learning.

The power of deep learning relies on a convolutional neural network algorithm, which consists of multiple layers of nodes (also called neurons). This neural network can filter massive amounts of data through "deep" layer nodes, making it smarter in automatically recognizing faces or understanding different languages. Web services provided by companies such as Google, Facebook, Amazon and Microsoft are already using these capabilities. 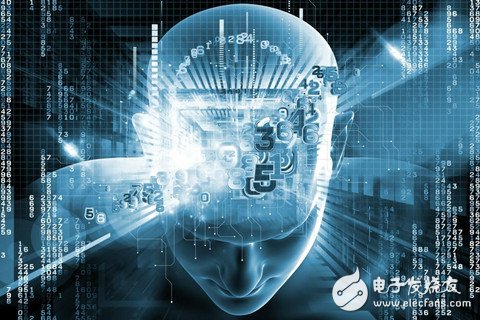 In recent research, IBM has shown that deep learning algorithms can run on human-like brain hardware, which usually supports a completely different form of neural network.

On September 9, 2016, the Proceedings of the NaTIonal Academy of Sciences published IBM research papers. The US Defense Advanced Research Projects Agency (tDARPA) provided less than $1 million in funding for the study. The grant is part of the DARPA CorTIcal Processor Program, which is designed to look at human-like brain artificial intelligence systems that recognize complex patterns and adapt to changing environments.

Dharmendra Modha, chief scientist in human brain computing at the IBM Almaden Research Laboratory in San Jose, Calif., said: "The new milestone study clearly demonstrates that the efficiency of human brain computing can be combined with the effects of deep learning. Paving the way for the birth of a new generation of more efficient and efficient chips and algorithms."

In 2011, IBM first described TrueNorth in detail and introduced a prototype chip. Therefore, the birth of TrueNorth was a deep learning revolution based on convolutional neural networks that began in 2012, and certainly not designed for deep learning. In contrast, TrueNorth supports pulsed neural networks, which more closely mimic the activity of neurons in the brains of living organisms.

Neurons in a pulsed neural network do not discharge at every cycle, but must accumulate voltages before discharge. Often, in order to achieve the required accuracy in deep learning tasks, the pulsed neural network has to go through multiple cycles to get an average result. This actually slows down the overall computational speed of tasks such as image recognition or language processing.

According to Zachary Chase Lipton, a deep learning researcher at the University of California, San Diego's Artificial Intelligence Group, IBM TrueNorth's design may be more in line with the goal of neuromorphic computing, focusing on meticulously mimicking and understanding the biological brain. In contrast, deep learning researchers are more interested in the actual results of acquiring artificial intelligence services and products. He explained the difference: "This reminds us of the old analogy between birds and airplanes. You might say that the computer neuroscience/neuromorphology field is more concerned with studying birds, while the machine learning field is more concerned with understanding aviation power. Learning (whether or not with biological help). In general, the field of deep learning is optimistic about the benefits of specialized hardware. The pulsed neural network that the neuromorphic chip focuses on is not popular in the field of deep learning, so people do not have them. Great interest."

To make TrueNorth chips better suited for deep learning, IBM must develop a new algorithm that allows convolutional neural networks to perform well on neuromorphic computing hardware. This combined approach achieved IBM's so-called "almost the highest level" classification accuracy on eight data sets, including vision and speech. In the best case, the accuracy is between 65 and 97%.

TrueNorth can also process 1200~1600 video frames per second in the test, which means that a single TrueNorth chip can simultaneously pattern the video captured by up to 100 cameras in real time. In this case, we assume that each camera uses 1024 color pixels (32*32) and 24 frames of standard TV stream information.

Lipton said that the results of TrueNorth's first test in the field of deep learning may be impressive, but it should be treated with caution. He pointed out that there are still minor problems with 32 x 32 pixel images in the visual dataset.

Still, IBM's Modha seems to be enthusiastic about continuing to test TrueNorth in deep learning applications. He and his colleagues hope to test the chip on the so-called "unconstrained deep learning", which means that hardware limitations are gradually introduced in the process of training the neural network instead of using restrictions at the outset.

Modha also pointed out that TrueNorth's overall design is more advantageous than deep learning-specific hardware, which runs only on convolutional neural networks. TrueNorth hopes to have multiple forms of artificial intelligence networks operating on the same chip.

Modha said: "TrueNorth not only realizes the functions of convolutional networks (although this is not the original intention of designing them), but also supports a variety of connection forms (feedback, lateral feedback and forward feedback), and can perform various different types simultaneously. Other algorithms."

Lipton said that such biochips can only become popular if they perform better than other hardware in deep learning. But he also suggested that IBM can use its hardware expertise to collaborate with Google and Intel to develop new professional chips for deep learning.

Lipton said: "I think some neuromorphic chip makers will use their expertise in hardware acceleration to develop deep learning application chips, not just biological imitation."