For existing virtual reality motion controllers, how can users feel the different weights of virtual objects if there is no way to generate resistance feedback? To this end, the creative company B-Reel explored several methods and publicized their experimental results for others to discuss.

This article was written by B-Reel, a creative company founded in 1999 in Stockholm, Sweden. The company now has more than 170 designers, planners, developers and strategists, with six offices worldwide. The love of technology and creativity is the driving force behind the company's constant exploration of the unknown. The company strives for a flat, fast and fun creative process that ensures integrity from creation to production. B-Reel's business scope includes strategy development, conception, design, programming, animation, director and problem solving. 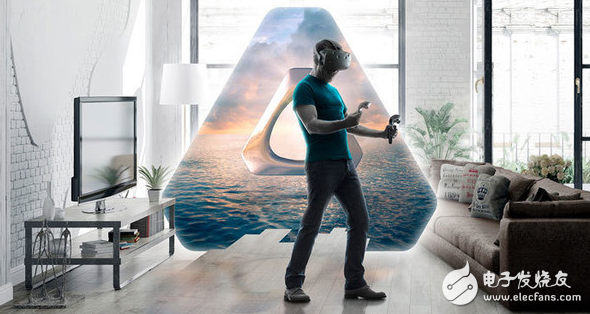 In the past year, from internal projects to Google Dayream with Google I/O, we have been passionate about virtual reality-related experiments. We firmly believe that the future of virtual reality is bright and full of opportunities.

In the past VR trials, we learned more about the production process and specific requirements of this medium by making some independent experiences. Now, we hope to explore more deeply the basic interaction principles that enhance the virtual reality experience. The practical virtual reality platform adopted by the Daydream team has inspired us a lot, and the implementation of this platform requires the interaction mentioned above. So, we decided to explore a specific interaction first.

Currently, most practical VR interfaces are fixed by a simple 2D plane floating in the air. But if it is a VR game, its interface obviously has less visual interaction and more physical interaction. For example, in Cosmic Trip, the game cleverly uses physical buttons for menu navigation, while Job Simulator almost completely eliminates the traditional interactive paradigm of pointing-clicking.

We brainstormed on this premise and came up with a very appealing idea - we can simulate the sense of weight when interacting with VR objects. When the user picks up the object, can we make the difference in the weight of the object by adjusting the speed of the user? Heavier objects pick up more slowly, while lighter objects pick up at normal speed. Although this is not an innovation, it may not be directly applicable to practical scenarios, but we feel that this idea is worth exploring.

We hope to come up with a way to apply it to all platforms that use motion controllers: from Daydream's imitation Wii controller to Vive and Rift, an advanced room tracking controller. So, we decided to design for the most advanced platform (before the launch of Oculus Touch, we first based on Vive), then explore the simplified way for Daydream, and finally design gaze-based control for Gear VR and Cardboard. .

As for developing software, we don't know whether to choose the familiar Unity engine or the more powerful Unreal engine. Currently we have chosen Unity and hope to try the Unreal engine more in the future.

Our previous virtual reality projects were more casual, so they didn't have any value for reuse. So this time we are ready to set a higher goal for ourselves. Here are the criteria we have at least to achieve:

Establish a collaborative process for the Unity engine while familiarizing more team members with the process.

After deciding on the direction and goals, we formed a team: 3 3D/action artists, 2 designers, 1 creative technician. We used Git (YiViAn Note: Git is a free, open source distributed version control system) as a tool for communicating and sharing resources between different devices. Each scene can be viewed and edited by one member at a time, while other people are responsible for making prefabs for the main scene. While this approach is more suitable for small teams like ours, we are also actively exploring ways to collaborate efficiently for large teams and projects.

The first step: becoming an artist

First of all, we need to clearly understand the basic physics of picking up and moving objects, otherwise we will not be able to achieve weight feedback. And we quickly discovered that these concepts are actually the same. Like many other things, the VR industry has not yet formed the "right" standard for this type of action. So, we tried a few different ideas and divided them into two categories: direct connections (direct lifting, forming a fixed node); loose connections (adjusting speed, or using gravity to pull objects to the controller). The different types of connections determine how we simulate weight.

For loose connections, the gravitational strength of objects of different weights will also be different. Lighter objects react faster and get closer to the feeling of direct connection. The movement of heavier objects lags behind the controller and requires more "strength" to lift. We didn't expect this effect to be goodâ€”because objects can't completely track the motion of the controller, which is a big taboo for virtual reality. But in the end we found that its effect was surprisingly real. We got two experiences from it:

We still display the controller when we lift the object (keeping it completely tracked), preventing the user from feeling that they have lost direct control of the environment.

When the controller touches the object, we lock the two together to form a direct connection. The reason we join this mechanism is that we find that the sense of weight is most useful when the "pick up" action occurs, and then it can only play a role in distracting the user.