Solon SE, a German solar technology company, announced that due to its failure to reach a friendly agreement with banks and investors, the company has formally filed for bankruptcy and became the first solar energy company to file for bankruptcy in Germany. Just a few days later, SolarMillennium AG, another solar thermal power generation company in Germany, also announced that it will apply to the German Field Court to initiate bankruptcy proceedings.

It is reported that Solon was the world's top solar panel manufacturer, and in 1998 became the first listed solar energy company in Germany. The company's share price once reached a high of 89 euros during the German photovoltaic industry boom; but in the past year, Solon's stock price suffered a sharp drop of 78.73%. On the same day that bankruptcy broke out, Solon's share price plummeted by 46% to close at 0.502 euros.

In addition to German companies, BPPLC, Europeâ€™s second-largest oil company, had previously decided to close its solar units and decided to fully withdraw from the industry after 40 years of investment. At home, 80% of photovoltaic leading manufacturers have experienced a significant decline in their third quarter results, and share prices have continued to fall. Some companies cut production, suspend production or even close down.

Due to the impact of the global economic oscillation, the deterioration of the European debt crisis and the adjustment of PV subsidy policies by most countries, the development of the photovoltaic industry is grave and the overcapacity is serious. At present, the global solar module production capacity reaches 50GW, but this year global demand is only 24GW, and the average price is 44% lower than a year ago.

With the declining demand from Germany, the largest solar energy application market, German solar manufacturers including Q-Cells SE and Solarworld AG are facing increasingly fierce foreign competition pressure. Previously, due to the loss to Chinese solar energy companies, Solyndra LLC and three other US solar manufacturers have declared bankruptcy.

However, even if some veteran manufacturers have not yet gone into bankruptcy, they have begun to adopt strategies for layoffs and restructuring to cope with the crisis. MEMC, one of the worldâ€™s fourth largest semiconductor wafer makers and one of the worldâ€™s largest solar energy service providers, announced that it will adopt a series of measures in the fourth quarter of 2011 and the first quarter of 2012, including global layoffs, reduction of production capacity and reduction of costs.

It is worth noting that this company was the one that had been previously "sold out" of wafer contracts by Suntech Power with a default fee of US$212 million.

According to the latest quarterly report released by the research organization Solarbuzz, global PV demand will increase by 6% in 2012, and the decline in the European market will be offset by a 43% increase in markets outside Europe. The financing difficulties will make solar PV companies shift their focus from pursuing market share to profit recovery. In the next five years, the ex-factory prices of PV modules will drop by 37%-50% compared with 2010 levels.

What are IC Sockets ?
Most of our everyday electrical devices contain integrated circuits (ICs) or chips which are installed on the printed circuit board (PCB). Most chips are soldered directly onto the board but sometimes they need to be interchangeable, or removed, and this is when an IC Socket is used.
The IC socket fits onto the board and holds the chip, protecting it from heat damage which could be caused by soldering. Programmable chips are a great example where IC sockets are used, allowing removal for testing, programming or replacement due to failure.


Types of IC Sockets
DIL /DIPâ€“ Dual in-line. These have two parallel rows of pins, available in various numbers to match the relevant IC and are normally very cost effective. A larger socket can be created by placing two smaller ones together, end-to-end, e.g. two 8-pins become 16-pin.

SIL/SIP â€“ Single in-line. This socket has a single line of pins and are frequently used in smaller applications like resistor arrays or boards with short lead pins, such as a desktop computer. There are many different sizes and attributes available.

PGA â€“ Pin Grid Array Sockets. Complex printed circuits are too valuable to risk direct soldering to expensive integrated circuits (ICs). Using a socket is the answer. The use of sockets offers advantages that prove cost effective and simplify board design.

DIMM â€“ Dual In-line Memory Module. Random Access Memory (RAM) can be easily installed in computers or laptops using DIMM sockets. These are important components that help to ensure reliable connectivity. They have two separate rows of electrical contacts or pins on either side. It`s a general rule that the more pins the higher the RAM it supports. There are various pin sizes available.

SIMM â€“ Single In-line Memory Module. These have a single row of pins which connect memory modules to circuit boards. They are space saving and can be installed at predetermined angles with positive polarisation to prevent memory modules from being inserted incorrectly. They are used mainly in older computers dating from the 1980s to late 1990s. Available in various sizes and number of pins. 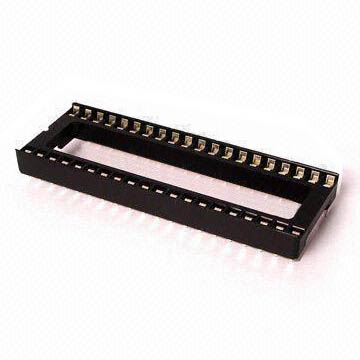 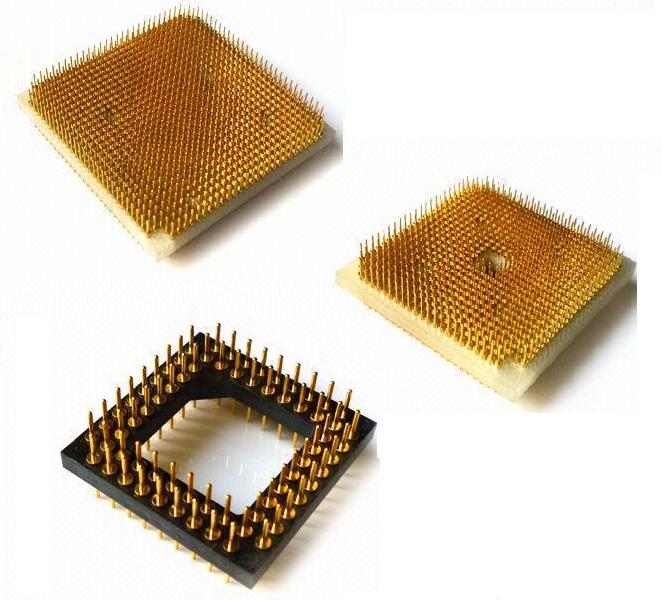 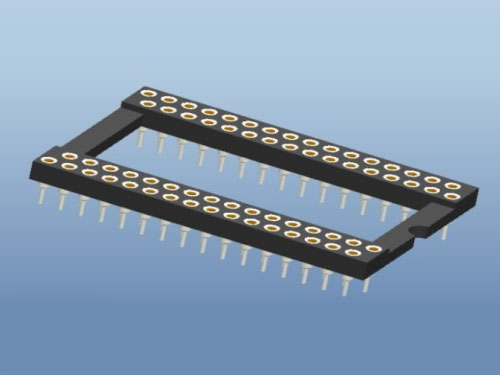 In notebook and desktop computers, LGA sockets feature a robust bolster plate for reliable connection to the microprocessor package while limiting PCB bowing during compression.

In servers, our mPGA and PGA sockets -- with custom arrays available in more than 1,000 positions --offer zero insertion force (ZIF) interface to the microprocessor PGA package and attach to the PCB with surface-mount technology (SMT) soldering. Antenk's IC sockets are designed for higher performance CPU processors.