With the convening of Google I/O, Android N, which has attracted much attention, appears in our smart life with the sweet taste of nougat. This system has been constantly updated and has become more and more "sticky" now. It has no less than ten upgrade functions, especially the speed and efficiency improvements are amazing. Smart devices such as mobile phones are also competing to launch new versions of Android N. For the TV box industry, Hai Meidi is the first person to eat Android N â€œNougatâ€. This, Haimei Di once again leads. 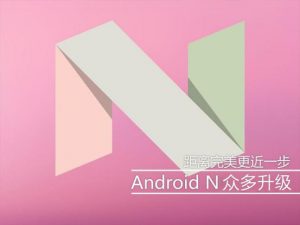 What exactly did Android N upgrade?

What new features have Android N added this time? Recalling that Google's actions in Android improvement over the past two years are more about system security and performance enhancements, the main change in this generation of systems compared to the previous generation Marshmallow system is the addition of split-screen multitasking. Picture-in-picture functionality, more convenient notification centers, notification messages, and efficiency improvements.

Android N natively supports split-screen multitasking, allowing users to use multiple applications simultaneously on one screen. After the user opens an application that he wants to use on the screen, and then presses the bottom square browse button, he can choose to add other applications to the screen. Native support means that the application can use this function without updating. .

Android N's code is reduced by 50%, and the new compiler Clang+LLVM has a 100% faster compilation speed; it also speeds installation and download speeds. Android N operating environment has been significantly improved, the speed of software upgrades to reach 600%, application installation speed 75%.

Google mentioned at the I/O 2016 Developer Conference that Android N will be the first mobile phone system to support VR natively, and at the same time it will launch a â€œdaydreamâ€ VR platform. Many VR applications and games will be developed based on this platform in the future. It has great potential.

Android N for the first time for the full upgrade of all 4K products, such as the first time in the Android native system supports HDR, VR, PIP and other 4K value-added services development, interface standardization provides unlimited innovation possible; the first use of JIT + AOT optimization technology, Clang + The LLVM compiler and Vulkan development interface make the Android N system more fluent than IOS.

Android N has a completely new setting style. First, the dividing line between each sub-item under each category disappears, and only the dividing line between the categories is retained. The new setup menu also provides a green top bar that allows the user to quickly set the Do Not Disturb mode via the pull-down arrow at the rear. In addition to the Do Not Disturb mode, the top bar menu can also display many other settings, such as the use of data traffic, whether the automatic brightness is turned on, and so on. In addition, the hamburger menu is added to the settings. In the upper left corner of the secondary setting screen, you will see the hamburger menu. After clicking, you can see all the setting items, so that the user can jump quickly.

Android N rejoins the nighttime dark theme mode. The user finds the "system tuner" setting in the settings, clicks on the "color and appearance", and can find the night mode. After opening, you can use the global dark color. Theme mode, with simultaneous brightness and color adjustments, can be automatically turned on based on time or geographic location. In addition, the system tuner also provides RGB red, green and blue trim sliders that allow the user to fine-tune manually, for example by reducing blue or increasing red to provide an eye protection mode-like effect.

Android N's own Google input method will have many themes to choose from. You can even set up custom photos. The improvements are all in details, but they are also very intimate.

What does Android N mean for TV boxes?

The new features look good, especially for multitasking split screens and notification centers that support quick reply and other features that are apparent on mobile phones. What about the actual performance on the TV box?

Due to the openness of Android, it has to be said that TV boxes equipped with Android seem to be more popular in the market. This time, the Android N upgrade feature also brought great benefits to the TV box. The first one was the speed increase. Secondly, the multi-window and original ecology support 4K and HDR surprised the box users as well. 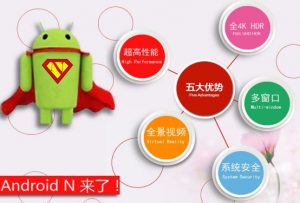 Android N is a comprehensive upgrade to all 4K products. For the first time, it supports the development of 4K value-added services such as HDR, VR, and PIP on Android native systems. The standardization of interfaces provides unlimited innovation possibilities. HDR-related APIs are defined by supporting HDR from Android-N. frame. This means that TV boxes based on the Android N standard interface are seamlessly compatible with HDR/WCG, all 4K. 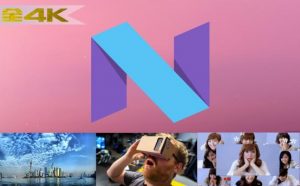 Google will release a standard VR SDK for Android-N. The VR video industry chain has matured and is rapidly entering the commercial stage. VR video enhances the end-user experience a lot and has a very broad market prospect, such as introduction of tourist attractions, shopping, and first-person experience. The Android N-based box solution will also be optimized for VR, including the use of a remote control, a mobile phone control perspective, and so on to interact with the video.

Google defines a standard PIP interface on Android-N that will enable applications based on standard interfaces. PIP uses videos to present other auxiliary information to the user, which is more intuitive and friendly, and significantly improves the user experience. For example, PIP can be used when switching channels, or PIP is used to present multiple sports programs. Advertising, etc.

For users, Android-N supports multi-window application scenarios from the system level. On the same screen, it supports running multiple programs at the same time and opening multiple windows; on one screen, multiple users may appear; or it may be a single screen. When users use multiple applications at the same time, the system becomes more flexible. For example, when watching TV, you can do shopping for related items; when watching TV, play a mini-game; watching a video call while watching a micro-blog circle of friends; while watching TV, you can also open a window to watch a match to meet the different needs of different audiences. . 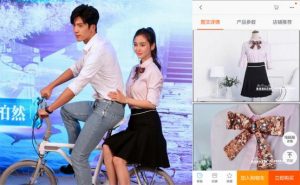 In terms of security, Android N has added new security features, including file-based data encryption, identifying malicious websites, repairing a large number of security attack vulnerabilities, and adding new security mechanisms. This applies to the TV box and is also more secure, making the TV box less likely to be implanted in the back door, making it difficult to install phishing applications, and making shopping transactions with boxes safer.

As a national high-tech enterprise specializing in the development of multimedia applications, Haimeidi first tastes Android N (Nougat) in the TV box industry.

Haimeidi has been committed to the research and development of home multimedia entertainment products for eleven consecutive years. Its main products include intelligent network set-top boxes, IPTV set-top boxes, high-definition hard disk players, high-definition television set-top boxes, and other brands, Haimei Di and Mango Q. Sub-brand. As a national high-tech enterprise with product research and development and product marketing as its core, Haimei Diâ€™s R&D strength is far ahead of its competitors and has been highly recognized by the industry. It has not only obtained numerous high-tech intellectual property and related qualification certifications, but also serves as a user. We have brought a lot of practical experience, won the praise of users, earned popularity, and let Haimedi gradually develop its own competitiveness in product differentiation competition.

This time Haimei Di was ahead of the industry and was the first to carry a TV box based on the Android N system. Not only was it a testimony to its R&D strength, but also a proof of its forward-looking market, fully demonstrating its spirit of advancing with the times. The strength of R&D determines the market competitiveness of the company, and the market's forward-looking nature determines the future development space of the company. Haimeidi sets a good example for many companies, that is to do their own products before the brand, to think of the company For long-term development, we must keep pace with the times. 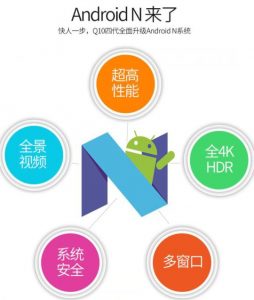 Subsequently, with the development of applications based on Android N, Haimedi will have more TV boxes to upgrade and support the Android N system.