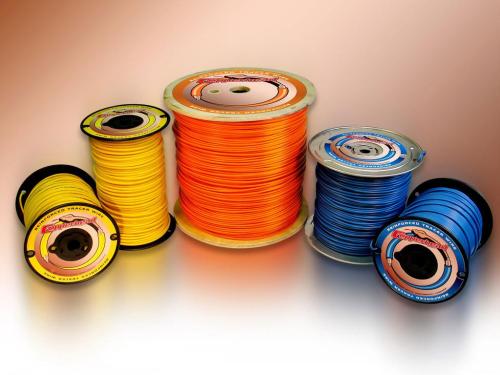 As a well-known â€œhometown of cablesâ€, Yixing has more than 400 wire and cable companies, forming a complete industrial chain such as R&D, manufacturing, and sales. Its product sales account for more than 10% of the national market share. In recent years, the city has actively promoted the high-end cable industry, established cooperative relationships with hundreds of colleges and universities at home and abroad, and established hundreds of R&D institutions, including state-level enterprise technology centers, academician expert workstations, and postdoctoral workstations.

On December 16, the Far East Holding Groupâ€™s Cross-linked No. 3 Plant saw a total investment of 400 million yuan and a 500KV EHV cable project that adopted a â€œcatenaryâ€ cross-linked production process was fully completed and put into use, with 4 â€œdragonsâ€. "The average production line can produce 3 kilometers of products every day, and the annual new sales revenue will be 1 billion yuan. The commissioning of this project marks the company's further consolidation of the industry's "leading" status and a major step towards the high-end industry. The project was completed and put into operation in 7 months, setting a new record for the construction of domestic ultra-high voltage cable projects; the construction period was only half that of traditional processes, and production efficiency increased by 30%.

Enterprises that can produce 500KV EHV cables are currently very few in the country. A person in charge of the Far East Group stated that in recent years, with the development of the national smart grid construction, the demand for high-standard cables with a voltage of 220 kV has rapidly increased. At present, Chinaâ€™s 500KV EHV cables rely mainly on imports. The UHV cable project adopts a unique "catenary" cross-linking production process and integrates the world's most advanced technology. The investment in equipment alone reaches more than 300 million yuan, all of which were imported from Britain, France, and Germany. The product quality has reached the international first-class level, but the price is only half of the imported products, 50% of the products will be exported to overseas markets.

The biggest advantage of the "catastrophic" cross-linking production process is energy-efficient. The production of ultra-high voltage cables at home and abroad generally requires the construction of a 100-meter "vertical tower". The construction period will take 1-2 years. With strong support from the relevant departments in Yixing, the project started construction in July last year and was completed and put into production in February this year. It took only 7 months, the investment cost has been greatly reduced, and the production efficiency has increased by 30%. On the wall of the second floor of the workshop, there are four LCD screens, and the cross-section of the cable under production is magnified by more than ten times. The quality of the product can be seen at a glance. This is a technological innovation implemented in the construction of the project. The company sent more than 300 technical backbones to this end and fully invested in the installation, commissioning and improvement of the equipment. It also reconstructed the pressure line mold base imported from France and improved the production capacity of the equipment. Doubled.

Pointing to a cable with a thickness as thin as a bowl, Wang Xiaoqiang, head of the cross-linked plant, said: â€œAll telephone lines, cable lines, Internet lines, and wires can all be incorporated into a single cable and laid underground. In the future, in big cities, there will no longer be any telephone poles like spider webs.â€ The competition in the cable industry has become increasingly fierce, and the high-end products have become a major â€œbreakerâ€ for the Far East Group to break through. At present, the company has developed more than 10 high-end new products such as carbon fiber cable, underground waterproof insulation ratproof flame-retardant environmental protection cable, etc., which have been listed as national key protection products or national and provincial torch plans. At present, a new marine special cable project has broken ground. The annual production and sales capacity of the company exceeds 20 billion yuan, and the sales volume ranks first in the domestic industry for 15 consecutive years.