In the figure of urban sports, you can always see a lot of people wearing headphones, as a unique way of relaxation during exercise - music seems to be born with sports. Naturally, all kinds of music sports Bluetooth headsets have attracted the attention of many athletes.

Among them is the fiery new rising national brand Mu Sheng MOOLSUN. Recently, a whole set of pictures of the new MOOLSUN new headphones has been circulated on the Internet.

Judging from the pictures circulating on the Internet, Mu Sheng MOOLSUN's new earphones are quite unique in shape, just like an irregular pentagon. The current mainstream black and local gold are used, and the smooth lines and atmospheric colors convey a distinct personality style. It can be seen that the earphone adopts the metal casing design, and the LOGO word is printed on the top of the front face. The LOGO wording is suspected to have a tilt angle treatment, which is special, and the overall visual sense of the MS002 earphone is compared with most plastic earphones on the market. Straight up. 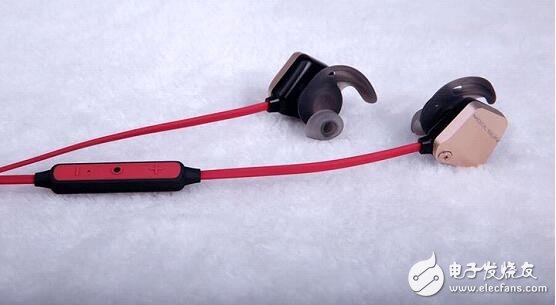 The left and right sides of the earplug cap of Musheng MS002 are semicircular arcs, which should be used to fit the inner curvature of the human ear. The tip of the plug presents an elliptical shape rather than a generally in-ear spherical shape. The new MOOLSUN earbuds are designed in a semi-in-ear style. The semi-in-ear design is fixed by being stuck on the contour of the ear, which avoids the uncomfortable feeling of the ear canal for long-term compression of the sensitive ear canal. Another important thing is "safety", half-ear. The design is designed to ensure sound quality without completely isolating the external sound, providing a certain level of security when running outdoors or at night. In terms of details, Mu Sheng is well thought out.

The earphones are designed with a magnetic neck-hanging design, and the slim body fits well with the proper length of the wire body. Greatly improve the winding of the body caused by the swing during the intense movement. When the movement stops, don't worry about the problem that it will fall because the headphones are moving. 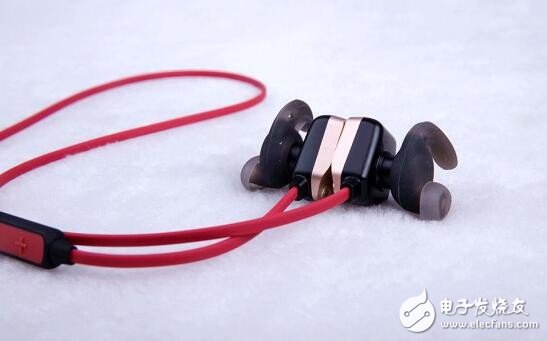 The line control is standard on the Bluetooth headset. From the picture, the line control of the MS002 is designed on the cable of the right ear. Generally, it supports calls, switches songs, and adds and subtracts keys to adjust the volume. It is easy to operate during exercise. use.

Since it is a headset, it is definitely a sound quality relationship, but as a sports Bluetooth headset, it is obviously not necessary to take HIFI to exacting comparison. Relatively speaking, function and practicality are more important. However, the sound quality of the MS002 is not known, but Xiaobian believes that the sound quality will not be too bad. The design in these details makes me look forward to the official launch of the new product.

From the picture, the appearance is excellent, in line with the human ear design, attention to detail. This shows that this is a good quality sports Bluetooth headset. Whether you are an ordinary user or a sportsman, you can fit together and it's a worthwhile app.