How did the traditional industry and the Internet spark a new spark in 2017? What kind of whimsy and new experience is there on the station? Who will write down new legends in the story of the Big Mac and Unicorn?

At the beginning of the new year, we once again launched the "2017 Internet Eight Conjectures." Although it is only a forecast, we are still very much looking forward to: I hope that more concepts and technologies will come to fruition, allowing daily living to be more smart and convenient, and more relaxed and comfortable. I expect more norms and perfection, so that cyberspace can be free and self-disciplined and interesting. They are orderly; they also look forward to being able to participate in them. They can not only pay for sharing, but also activate their dreams and travel with the tide of the times.

A better future will come true in these expectations... 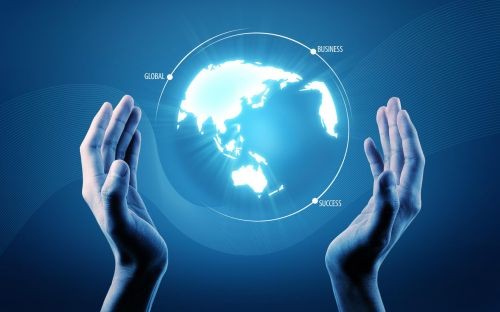 Acceleration of the 5G era

China's 5G R&D enters the technical scheme verification and system verification stage, and there may be new technological breakthroughs

In 2016, the most exciting news in the field of communications was the Huawei representative and the minimalist code solution promoted by China in the selection of the 5G standard, allowing Chinese companies to enter the basic communications framework agreement for the first time.

Also last year, the development of 5G was written into the "Made in China 2025", "Thirteenth Five-Year Plan" and the "13th Five-Year Plan for National Informatization." By 2020, 5G will complete technical R&D testing and commercial deployment.

The 5G network has three major characteristics. High-speed, not only is it easy to download 30 movies in one second, VR, AR, and cloud technology will seamlessly link with life; high reliability and low delay make driverless and remote surgery far away; a large number of terminal networks A broader and more open Internet of Things will be formed, making smart homes and smart cities possible.

In 2017, more 5G standards around the vertical industry will be introduced to adapt to the various devices connected to the â€œInternet of Everythingâ€ 5G era; Chinaâ€™s 5G R&D will enter the technical verification and system verification stage, and there may be new technologies. Breakthrough; More experimental, conceptual 5G products, or will continue to release, let people look at it quickly.

The arrival of the 5G era is embarrassing. Although there is still a certain distance from commercial use in 2020, with the introduction of 5G standards for home appliances, automobiles, medical care, games, etc., with the continuous improvement of 5G technology, a large number of 5G products have emerged. The 5G era of human beings is just like a jigsaw puzzle. It gradually appears before our eyes.

Reshuffle from the media industry

The regulations and self-regulatory regulations for the self-media industry will continue to be refined to avoid â€œbad coins drive out good moneyâ€ in the industry.

After experiencing an upsurge of prosperity and bubbles, the reshuffle from the media industry is on the horizon.

In the past year, since the media industry no longer meets the needs of small businesses, it has demonstrated greater attractiveness and potential value in content: explosive works have repeatedly triggered splash screen effects; content creators that have obtained tens of millions of orders of magnitude have been active in the Internet. platform. Capital favors rapid development from the media industry.

However, problems such as malicious brushing of single brush powder and serious data infusion of water have repeatedly emerged, and the water that has existed in the media industry has been criticized. Starting September 1, 2016, the "Interim Measures for the Administration of Internet Advertising" came into effect, and self-media ads also need to identify "advertisements" in prominent places according to regulations. Many self-media that originally relied on the so-called advertising of "soft paper" marketing were forced to " Weaning."

Since the "virtual fire" in the media industry is not small, a new round of reshuffle is imperative. The areas of entertainment and living information that are qualitatively obvious and have excessive crude content will be the first to eliminate a group of â€œfollowersâ€ â€‹â€‹with low activity and insufficient user stickiness. The areas of demand for motherhood, medical care, and fitness will become bright spots. . What really impresses and attracts fans and investors will be high-quality content and the professional spirit behind it. The â€œstrong focus, professional excellenceâ€ is the industry creed.

In October 2016, the Shanghai Media Alliance was formally established and was included in the network management area of â€‹â€‹Shanghai Internet Information Office. 91 self-media representatives signed a self-discipline treaty. In 2017, regulations and self-regulatory regulations for the self-media industry will continue to be refined to avoid the phenomenon of "bad money expelling good money" and effectively purify the network ecosystem.

The governmentâ€™s new media is moving toward â€œcommunizationâ€

Since its rise in 2013, the governmentâ€™s WeChat public number has been â€œgoing aheadâ€ and its number has grown dramatically. According to the â€œNational New Media Reportâ€ issued by Tencent, the number of government WeChat public numbers in China has exceeded 100,000, and the coverage of government and WeChat at all levels has averaged between 30% and 60%, showing a wide range and multi-level development trend.

However, most of the new media for government affairs still rely on one-way publishing of information, lacking interactive functions, and even shutting out messages from netizens and refusing dialogue and communication. This kind of â€œpublic-communication modelâ€ has divided the government from the media and the public to â€œparticipate on both sides of the wall.â€ Even if they are interested in conducting public opinion guidance, the effect is weak.

At present, the Government WeChat public number, which has a small number of fans, has begun to establish the WeChat group and has taken the lead in the â€œcommunizationâ€ of government affairs. For example, the â€œOpinions Dialogue Groupâ€ of the SASAC is under the supervision of the head of the SASAC and has drawn people from all walks of life to communicate within the group. The Central Discipline Inspection Commission has built a WeChat group to enable instant and zero-distance dialogue with the media.

For different social strata, the â€œcommunity modelâ€ is used to promote positive interaction between the government and various social groups, to achieve rapid diffusion of government affairs information and the precise docking of multiple demands, or a main direction for the development of new media for the new year.

Enershare's commitment to future-ready energy solutions for smart home innovations, Enershare's Energy Storage Systems create a flexible energy maintenance system for homeowners who want to take more control of their home energy use, it is intended to be used for home battery energy storage and stores electricity for solar self-consumption, load shifting, backup power, and off-the-grid use. you can use it anytime you want-at night or during an outage.